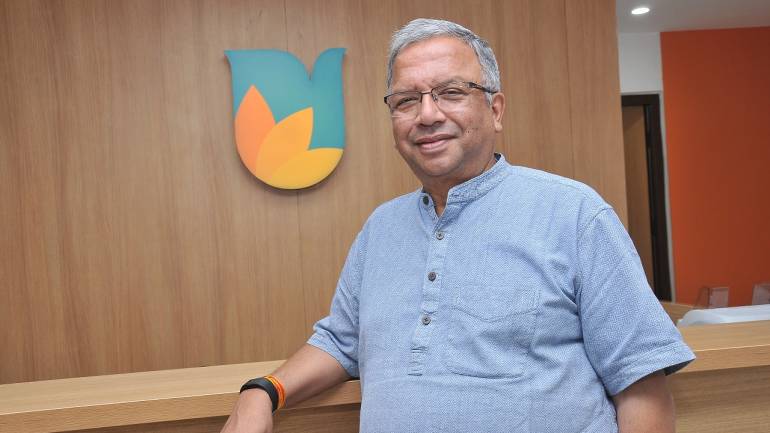 The initial public offering (IPO) of Ujjivan Small Finance Bank, the subsidiary of Ujjivan Financial Services, will open for subscription on December 2.

This would be 12th company launching main board IPO in the current financial year 2019-20. The issue will close on December 4.

Here are 10 key things to know before subscribing the issue:

UFSL, subsequent to obtaining RB’s final approval on November 11, 2016 to establish and carry on business as an SFB, transferred its business undertaking comprising of its lending and financing business to bank, which commenced its operations from February 1, 2017.

The bank included in the second schedule to the Reserve Bank of India Act, 1934 as a scheduled bank on July 3, 2017.

Promoter, UFSL commenced operations as an NBFC in 2005 with the mission to provide a full range of financial services to the ‘economically active poor’ who were not adequately served by financial institutions.

The issue includes a reservation of Rs 75 crore worth of shares for subscription by eligible shareholders of Ujjivan Financial Services. They will get shares at a discount of Rs 2 per share.

The company is aiming to raise Rs 750 crore through this public issue.

The lender has already raised Rs 250 crore through pre-IPO placement of 71,428,570 equity shares.

Objects of the issue

The bank has proposed to utilize the net proceeds from the issue towards augmenting its tier – 1 capital base to meet its future capital requirements.

Further, the proceeds from the issue will also be used towards meeting the expenses in relation to the issue.

Ujjivan Financial Services (UFSL) is the promoter of the company, holding 1,44,00,36,800 equity shares (representing 94.40 percent of paid-up equity capital). It also included one equity share each held by Samit Kumar Ghosh, Carol Furtado, Sudha Suresh, Rajat Singh, Ittira Davis and Premkumar G, as nominees on behalf of UFSL, who is the beneficial owner of such equity shares.

Samit Kumar Ghosh is the Managing Director and Chief Executive Officer of the bank while Sunil Vinayak Patel is the part-time Chairman and independent director. 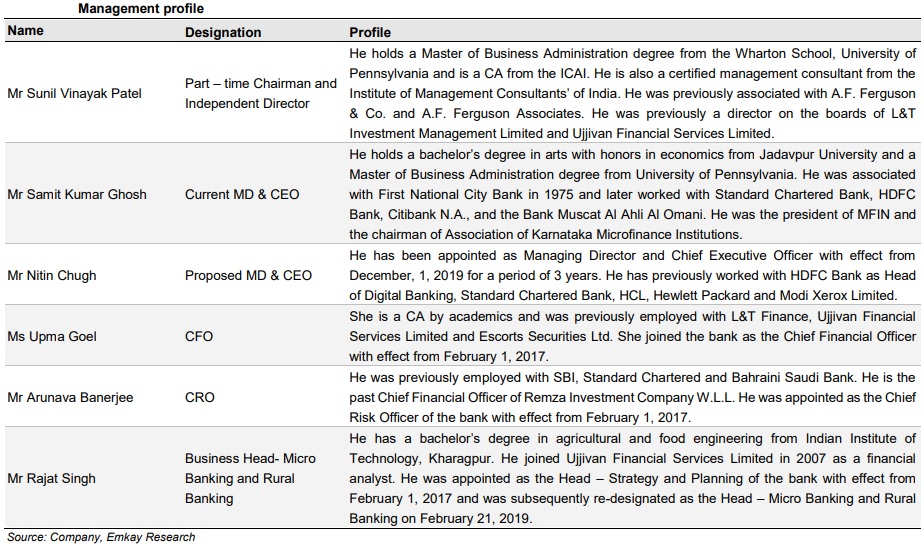 > The bank has deep understanding of mass market serving unserved and underserved segments.
> It is a customer centric organization with multiple delivery channels.
> The bank has pan-India presence, providing services in 24 states and Union Territories encompassing 232 districts in India as of September 2019.
> It has technology driven operating model with advanced digital platform.
> It has established robust risk management framework to identify, measure, monitor and manage credit, market, liquidity, IT and operational risks.
> It has professional management, experienced leadership with focus on employee welfare.

> It has strong track record of financial performance.

> The bank targets to diversify product offerings to enable multiple customer relationships.
> It continues to focus on technology and data analytics to grow operations.
> It aims to strengthen liability franchise and focus on increasing retail customers base.
> It wants to expand distribution network to increase customer penetration.
> It aims to focus on developing responsible banking behavior for unserved and underserved segments.

> It targets to diversify revenue streams. 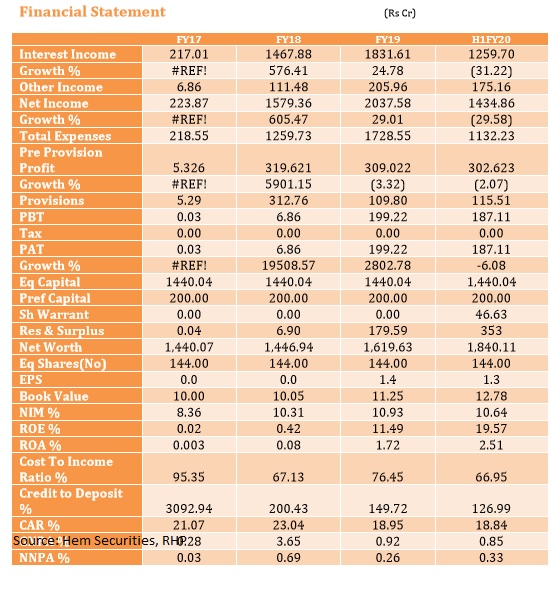 The bank’s focus on the financially unserved and underserved segments enables it to comply with RBI’s requirements that: (i) small finance banks locate at least 25 percent of their banking outlets in unbanked rural centres (URCs), and (ii) at least 75 percent of adjusted net bank credit (ANBC) be made to ‘priority sectors’, which includes micro loans and were able to comply with such guidelines within the first year of its operations.

As of September 2019, 25.54 percent of USFB’s banking outlets were located in URCs and its ‘priority sector advances’ net of PSLC and IBPC were 77 percent of ANBC. 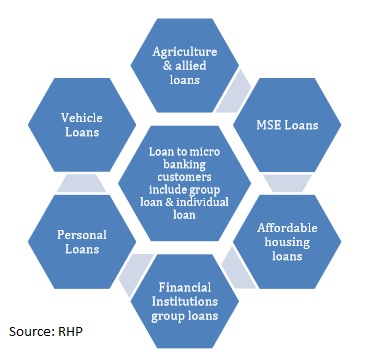 It had the most diversified portfolio, spread across 24 states and union territories as of March 31, 2019, as per a CRISIL report. As of September 30, 2019, it served 4.94 million customers and operated from 552 banking outlets that included 141 banking outlets in unbanked rural centres and additionally operated four asset centres.

As of September 2019, it had a network of 441 ATMs (including 18 ACRs), two 24×7 phone banking units based in Bengaluru and Pune, and a mobile banking application.

The bank has a limited operating history as an SFB. Its future financial and operational performance cannot be evaluated on account of its evolving and growing operations. Accordingly, future results may not be reflective of its past performance.

The bank has a lack of collateral back up in case of some MSE loans.

It has competition from other SFBs, NBFCs, MFIs and cooperative banks.