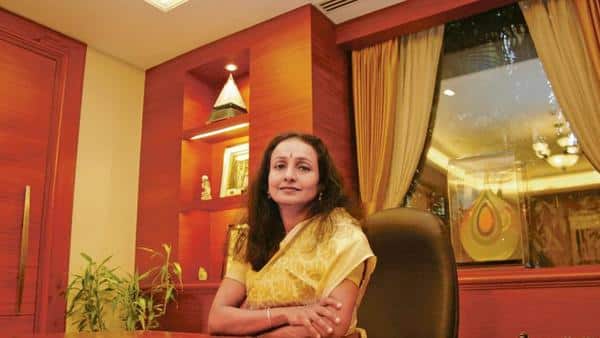 Multiples Private Equity Fund III, which began raising funds from limited partners (LPs) or investors last year, is targeting to raise one of the largest Indian private equity funds at about $900 million. The fund will invest in mid-market companies across sectors such as consumer goods, financial services, healthcare, IT services, logistics, and agriculture-related product and services opportunities.

“The deal is at a very early stage and both the parties are still evaluating and discussing the investment terms,” one of the two people cited above said, requesting anonymity.

NIIF manages $3 billion of capital commitments across three funds—‘Master Fund’, ‘Fund Of Funds’ and ‘Strategic Fund’. Launched in 2015, it is anchored by the Indian government in partnership with top global and domestic institutional investors.

A potential investment into Multiples PE, the person said, will happen from NIIF’s Fund of Funds, which invests in third-party fund managers in diversified sectors within infrastructure services and allied sectors.

“For the deal to go through, Multiples PE will have to commit a mutually agreed-upon portion of its third fund to new-age and digital-led infrastructure companies,” the person said.

Founded by Renuka Ramnath, Multiples had from its second fund invested in e-commerce logistics firm, Delhivery, which became a unicorn —valued at over a billion dollars—in March this year. Multiples also has RBL Bank and multiplex chain PVR Cinemas as part of its portfolio.

The third fund, according to the second person cited above, is anchored by Canada Pension Plan Investment Board (CPPIB) for $200 million or 25% of the total fund value, whichever is lower. Based on the commitments so far, the total fundraise stands at close to $300 million, as of July.

The commitment from NIIF, along with another new investor that is also evaluating the PE firm for infusing funds, could take Multiples’ first close for the third fund between $400-$500 million, the first person cited above said.

In March, International Finance Corp. (IFC), the private sector investment arm of the World Bank, said it would invest $70 million in Multiples’ third fund. While IFC would invest $20 million, its private equity arm IFC Asset Management Co. would put in an additional $50 million in the proposed fund. This marked IFC’s second investment in the PE firm, as it had also invested in Multiples PE’s second fund in 2016.

In January, the Asian Development Bank had agreed to invest $35 million in Multiples’ latest fund, its first investment in a private equity fund managed by Multiples.

Multiples, which raised its first fund of $405 million in 2011, had closed its second fund of $700 million (including a $150 million co-investment pool) in 2017, and launched its third fund, Multiples Private Equity Fund III, in February 2018. It has made nearly 20 investments from the first and second funds. “We do not comment on market speculation and rumours,” said a spokesperson for NIIF. Multiples PE and CPPIB did not respond to emailed queries till press time.

So far, NIIF has made two investments from its ‘Fund of Funds’. The first investment, Green Growth Equity Fund (GGEF) is a clean energy investment platform for which NIIF and the UK government committed GBP 120 million. The fund is managed by EverSource Capital, an equal joint venture between Everstone Group and Lightsource BP.

Several other major Indian PE funds are also seeking to raise funds. True North is currently in the market to raise $900 million for its sixth fund, while AION is raising more than a billion dollars for its second special situations fund