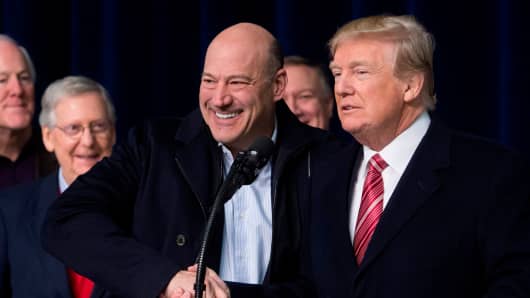 Former National Economic Council director Gary Cohn is in the early stages of writing a memoir that will highlight large portions of his career including his tenure as president of Goldman Sachs and his time as a member of President Donald Trump’s administration, CNBC has learned.

Cohn has been telling friends that he’s planning for the final version of the book to be wide ranging and to reflect his experiences from being a senior executive at one of the most influential banks in the world through his tenure as a senior economic advisor to Trump, according to sources familiar with the discussions.

The former NEC director hasn’t finished writing the memoir and those familiar with the process say a book deal with a publisher has yet to be made. 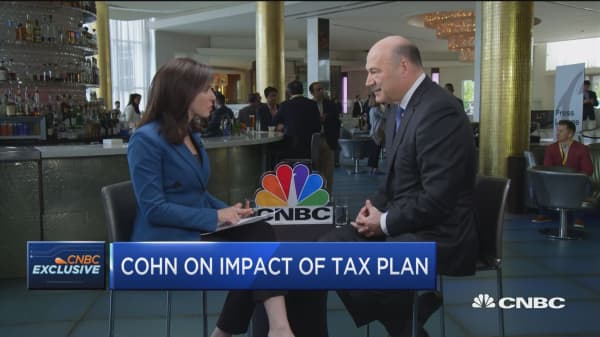 Politico’s Playbook reported on Tuesday that Bob Barnett, an attorney at legal powerhouse Williams and Connolly, has been shopping around Cohn’s book idea to publishers in New York.

Cohn in the past has admitted he was in the process of writing about his experiences in the Trump administration after he left the White House in 2018.

“I’m writing about my time in Washington already,” Cohn told Bloomberg in August. “Look, I rewrote tax reform, which hadn’t been done in 31 years. I’ve been talking into my tape recorder lots and lots and lots and lots of hours. I’m afraid when I listen to it it might be the same thing 35 times. But I’m going to give someone literally thousands of hours of tape.”

Cohn joined the Trump administration after serving as president of Goldman for over a decade. His signature policy achievement while in the White House was as one of the architects of Trump’s tax reform plan, which saw the corporate tax rate drop from 35 percent to 21 percent and made cut backs to the individual tax rate as well.

The former White House advisor’s life has been depicted in books in the past.

During his time at Goldman, Cohn was featured in Malcolm Gladwell’s “David and Goliath: Underdogs, Misfits, and the Art of Battling Giants,” which painted the bank executive as an example of a successful underdog story. Gladwell focused on Cohn’s early childhood as he battled with dyslexia and struggled in school but found a way to move up the ranks at Goldman to eventually become president.

Cohn has come under fire since he left the White House from Trump himself after Bob Woodward described Cohn’s interactions with the president in his New York Time’s best seller, “Fear: Trump in the White House.”

Woodward claimed Cohn once called Trump “a professional liar” and that the economic advisor along with White House aide Rob Porter, would steal papers off of the president’s desk in an attempt to stop the commander in chief from ending free trade agreements.

“Gary Cohn, I could tell stories about him like you wouldn’t believe,” Trump said in an interview at the time.

If Cohn were to sign with a book publisher, it would be the latest move by the former Goldman executive to cash in on his life experiences since exiting the White House. CNBC first reported he’s been charging at least $200,000 for speaking engagements while accepting gigs at the National Multifamily Housing Council, a Miami conference for Context Capital Partners, and a corporate event at the World Economic Forum in Davos, Switzerland.