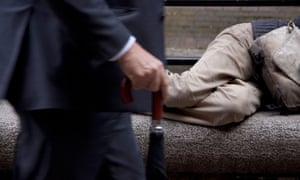 We welcome Richard Partington’s article (How inequality is growing worldwide, Journal, 9 September). The sense of being “left behind” contributes, as he says, to political polarisation – but that is a symptom of the many wider effects of inequality which research since the 1970s has established.

Most fundamentally, inequality is socially divisive, making status more important and strengthening the view that some people are worth more than others.

As we judge each other more by status, we fear more how we are judged. Status anxieties increase in all income groups, intensifying attempts to enhance appearances of personal worth – including through status consumption. Heightened social comparisons increase stress and doubts about self-worth, with consequences for health, violence, bullying, children’s educational performance, and addictions. And rather than increasing initiative and creativity, a large recent analysis showed that inequality makes societies less inventive, producing fewer patents per head of population. Falling well beyond the boundaries of economics, inequality’s effects now demand interdisciplinary research and political action.
Richard Wilkinson Emeritus professor of social epidemiology, University of Nottingham, Kate Pickett Professor of epidemiology, University of York, Dr Wanda Wyporska Executive director, The Equality Trust

• Thomas Piketty’s analysis of inequality in Capital in the Twenty-First Century showed how the greatest divisions are in wealth distribution, not income, and most wealth in the UK is tied up in housing. If the UK is to become a fairer society, then we have to tackle the “unearned increment” resulting from the uplift in land values.

My new policy paper on Sharing The Uplift in Land Values for the Town and Country Planning Association shows how.

Countries such as Denmark offer the tools and inspiration we need, as does the success of building new towns after the second world war, when Britain was a model for planned development.
Dr Nicholas Falk
Executive director, The Urbed Trust