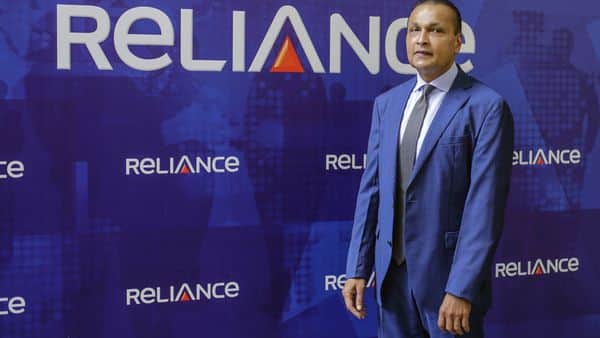 London: A UK court on Friday directed Reliance Group chairman Anil Ambani to pay $100 million within six weeks towards a conditional order granted to three Chinese banks pursuing the recovery of over $680 million owed to them as part of a loan agreement.

In what is in effect a deposit to be paid into court pending a full trial in the case, Judge David Waksman has set a six-week timeline for such a payment to be made as he concluded that he did not accept Ambani’s defence that his net worth was nearly zero or that his family would not step in to assist him when “push came to shove”.

“In my overall conclusion, Mr Ambani has not satisfied me that he can’t make any payment at all,” Judge Waksman said as he expressed particular criticism of a “lack of candour” and “transparency” on the part of Ambani’s defence in reference to his financial means.

The Reliance Group indicated that it plans to appeal against the ruling, which will involve a process of seeking permission to appeal.

“Mr Ambani is reviewing the order of the UK court and will take legal advice as to further remedies in appeal,” a spokesperson for Anil Ambani said.

“The order pertains to an alleged personal liability of Mr Ambani and will have no bearing on the operations of the Reliance Infrastructure Limited, Reliance Power Limited and Reliance Capital Limited,” the spokesperson said.

The banks – Industrial and Commercial Bank of China Ltd Mumbai Branch, on behalf of itself, China Development Bank and Exim Bank of China – welcomed the order and said they remain confident of their claim succeeding at trial.

“This is a straightforward debt claim to recover outstanding loans made to RCom (Reliance Communications) in good faith and secured by a binding personal guarantee given by Mr Ambani, which he has refused to honour,” a statement on behalf of the banks said.

“We remain very confident in our claim. We hope that Mr Ambani will comply with the court’s order and look forward to the swift resolution of the case at trial,” the statement said.

Earlier, during a half-day hearing, the court was told that Reliance Group chairman Anil Ambani was a wealthy businessman and now he is not as a result of a “disastrous turn of events” in the telecom market in India.

The Chinese banks had sought summary judgment against Ambani over an alleged breach of a personal guarantee on a debt refinancing loan of around $925 million in February 2012.

Ambani, 60, denies providing authority for any such guarantee, resulting in the High Court action in the UK – the jurisdiction agreed to as part of the terms of the loan agreement.

At the hearing at the Commercial Division of the High Court of England and Wales in London to set the terms for the “conditional order” granted to three Chinese banks last year against the Reliance Communications (RCom) boss, his legal team sought to establish that his net worth was zero once his liabilities were taken into account.

“The value of Mr Ambani’s investments has collapsed since 2012. The Indian telecom sector in particular has been dramatically hit by the Indian government’s change of policy in relation to the grant of spectrum,” notes his defence.

“Whereas Mr Ambani’s investments were worth more than $7 billion in 2012, they are now worth $89 million, and his net worth is zero once his liabilities are taken into account… Quite simply, he was a wealthy businessman, now he is not,” said his barrister Robert Howe.

The banks, represented in court by barrister Bankim Thanki, sought to establish that Ambani had been “at best economical with the truth” in his evidence statements to the court in relation to his financial means.

They also pointed to a series of instances where Ambani family members had stepped in to bail him out, even as Ambani’s defence sought to establish that their client had no access to the assets and shares under the name of his mother Kokila, wife Tina Ambani and sons Anmol and Anshul in the form of loans.

“Are we seriously to believe that his own mother, wife, and sons can’t help him in his hour of need for the purpose of complying with a conditional order,” said Thanki, who claimed Ambani’s evidence was akin to the proverbial “glossy lipstick on the pig” in terms of some “blatant” lies despite the burden of proof lying with him in the case.

“Despite all of this, ADA has failed to address in any detail the possibility of financial assistance being provided by Mukesh or any other member of his family,” it notes.

On December 16, when the UK High Court dismissed an application filed by Industrial and Commercial Bank of China Limited for a ‘summary judgement’ in its claims of $680 million against Ambani, a spokesperson of the RCom boss had said: “Ambani was confident that he will have an opportunity to place the necessary evidence before the UK High Court, in the course of the trial to establish that Chinese banks claim are without any merit”.

The spokesperson said in a statement that Ambani was confident that his position would be fully vindicated once all the facts and the entire evidence is before the court.